We arrived in Keflavík safely at 04:55. We flew on Wow Air, which is an Icelandic airline. The plane was a bit small for my taste. I’m only 5’3″ and my legs were cramped. But the ride was very smooth. I guess you get what you pay for. Again our tickets were only $260 a each. There was no WiFi, no tv, no meal or snack.

This was Kayla’s very first time on an airplane. Eliza and I weren’t exactly sure how she was going to react. But she said once we were in the air she felt like she was on the train (subway).

We had some time to kill after going through customs. The first event on our itinerary was a 4 hour stay at the Blue Lagoon. But our bus to transport us there wasn’t leaving until 07:30, and it was only 05:30.

We stopped at Joe & The Juice in the airport. This place was cute. It was a cafe type restaurant that served sandwiches, fresh pressed juice, smoothies and coffee (thank God!). We parked our luggage, ate, caffeinated ourselves, and hung out there until it was time to catch our bus.

So personally this is what I’ve been waiting for. Typically when you think of Iceland, you think of The Blue Lagoon. For those who don’t know, The Blue Lagoon is a natural hot spring nestled between former volcanic fields. The lagoon has a natural Tiffany blue hue. Hence the name. We pre-purchased their comfort package ($99, their cheapest option) which included access to the lagoon, free towels, one drink of our choice and a mud mask. Overall the experience was amazing. It was quite the sensation to be in 40 degree weather while swimming around in a 100 degree lagoon. It’s basically like swimming in a hot tub in the middle of winter. Not to mention sunrise at this time of year in Iceland isn’t until around 11:30 am. And sunset was around 3:30pm. We spent most of our time there in the dark. But we did get to see the sky lighten. It was beyond beautiful. 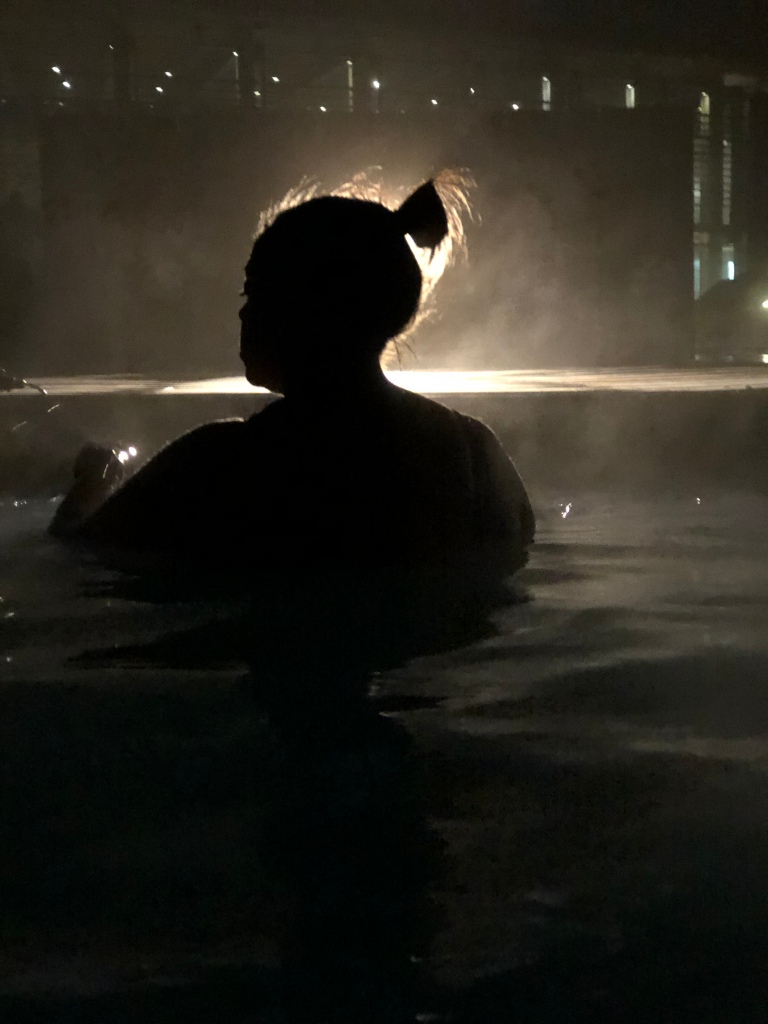 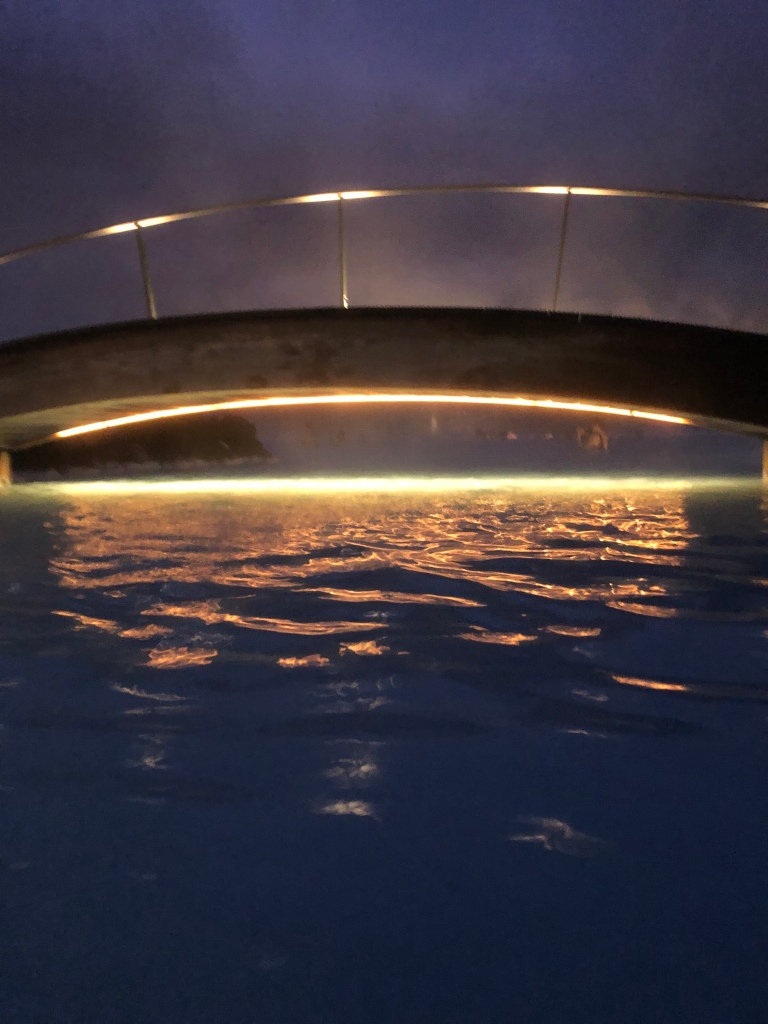 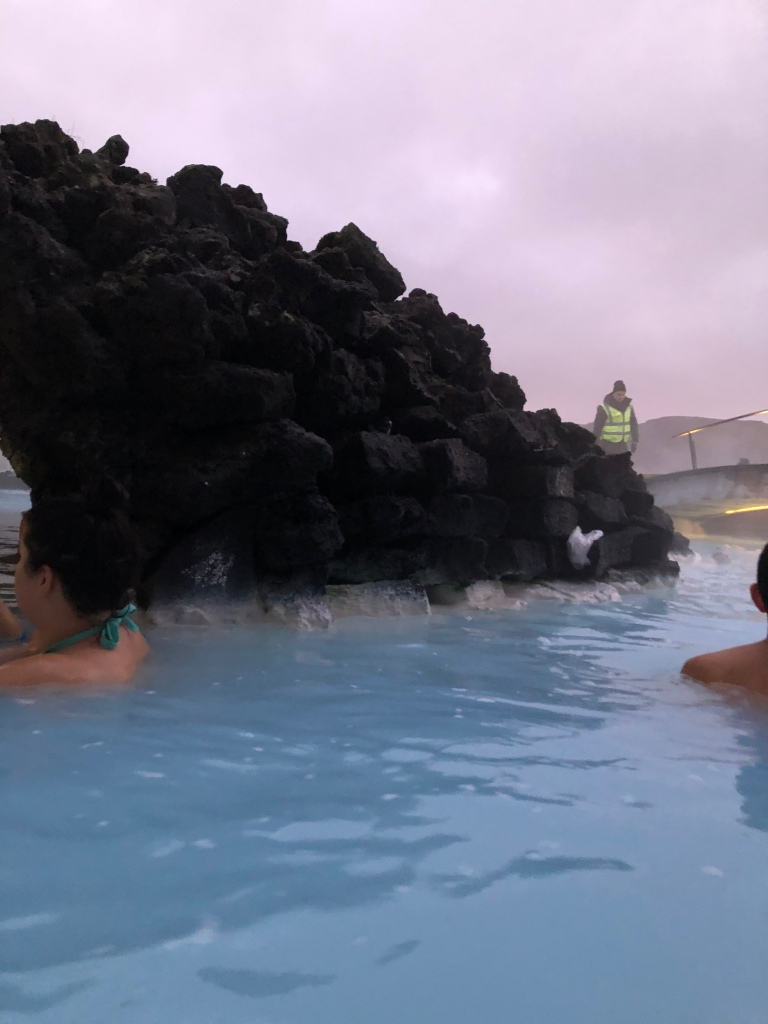 As amazing as it was to experience, there was some things about the facility that were displeasing.

While it was fantastic that they had a place to store your luggage while you enjoyed the lagoon (to the tune of 550 Krona) the process was chaotic and crowded. But that could’ve been because we were part of a large group to arrive for the opening at 08:00. But there’s only one luggage check in/out counter for the whole facility. At least for those who purchase the cheaper packages.

The part that my travel companions and I hated the most was the locker room situation. With your admission comes access to a modest sized locker to store your backpack/purse and clothing. But there is NO PRIVACY in the locker rooms. They’re actually quite cramped with one square ottoman type seat in the middle of the room and lockers all around. I consider myself a pretty modest young lady. And I did not like having to be completely nude in front of complete strangers. And them nude in front of me. Some things just can’t be unseen or un-smelled. Some people have no shame. There are very few private changing rooms and of course there’s a line to use them. Thankfully the showers were private. And sure, you could change in a shower stall or one of the toilet closets, but there’s no place to put your stuff down. You have to shower before entering the lagoon and they provide free body wash and conditioner. It’s more so meant to be a rinse than a full shower.

All in all we had a great time and it was both relaxing and exhausting. Swimming takes a lot out of you.

We’re staying in Reykjavík for 3 of the 4 nights we’re here. Reykjavík is unlike any other European city I’ve visited. It’s the capital of Iceland. And while it’s a metropolis, it feels much more intimate. The hotel we’re staying in is decent. 3 stars, nothing fancy. We’re actually all able to be in 1 room. Each with our own single sized bed. When first riding into the city you definitely can tell you’re not in the US. But this is the first time in my travels that I’ve seen people driving around full sized SUVs. Jeeps, Chevys, Mazdas, Volkswagens, Fords, Toyotas, and Hondas. This was unusual for me to witness. I’m used to seeing tiny compact cars. Smaller versions of cars we drive back home. But I’m guessing maybe they need full powered SUVs to muscle through the brutal winters.

So it’s December 24th, Christmas Eve. This is actually the day Icelanders celebrate Christmas. When prepping for this trip, we read a travel guide that encouraged us to make dinner reservations for this particular night as early as possible. Well unfortunately we didn’t make reservations until last week. And it took us hours of searching to actually find a restaurant that was open and/or had reservations available. The only place we could find was Restaurant Reykjavík. They had vacancies for their Christmas buffet which was a whopping $115 per person. We reluctantly booked the reservation since this was our only option.

We were expecting a fantastic Christmas feast. But that was not the case. They had salmon served three different ways, salads, lamb served three different ways, ham, soup, seafood pate, potatoes, mixed veggies, pork belly, roasted turkey and a few other items. We were disappointed to say the least. For $115 a person I guess we were looking for Cornish hens or duck breast. We left full but not satisfied.

After dinner we had to rush back to the hotel, change, and head back out to the harbor for our northern lights tour on a yacht. We got a little turned around when heading to the harbor. But we made it to the yacht just in time. The boat had 3 decks and drove us far away from land. But all in vain. We spent nearly 3 hours on the boat, only the see that the clouds were blocking the northern lights. At least the captain was cool. 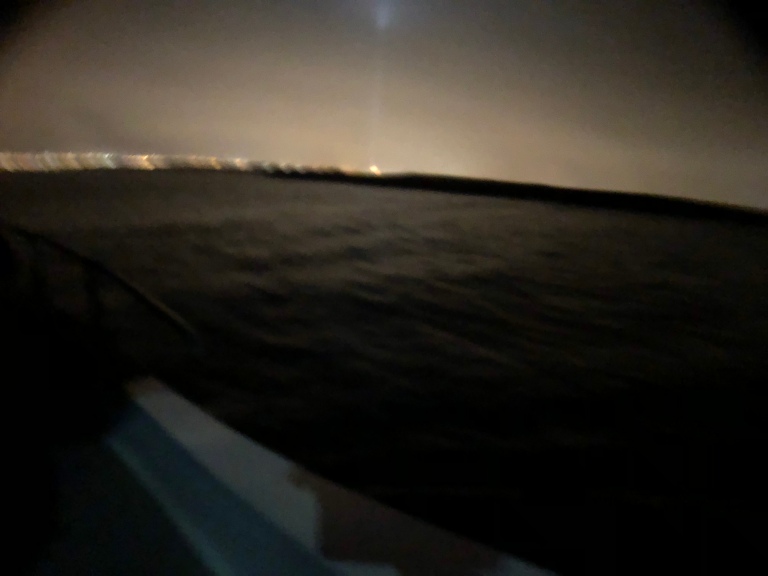 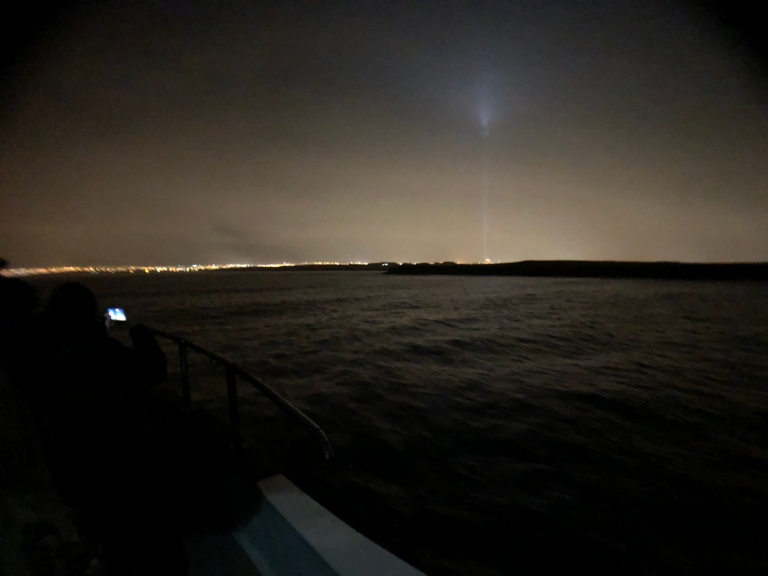 Today was a very long day with little to no sleep. We’re jet lagged and have been awake for over 24 hours. Very long and busy day. But nonetheless rewarding. 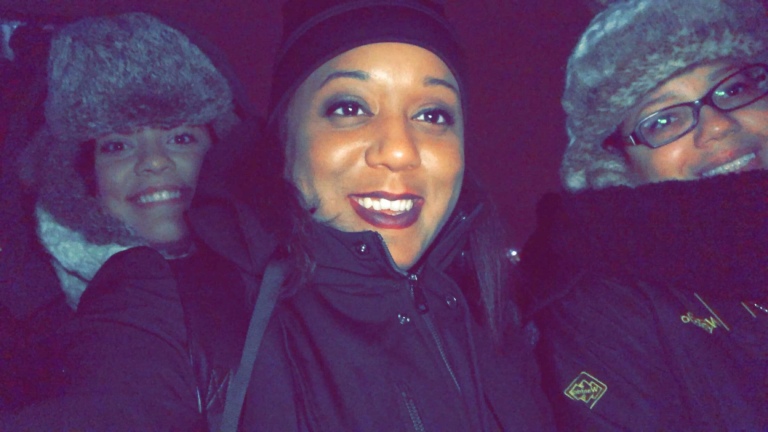 Tomorrow is our 2 day tour to waterfalls, a black sand beach, and an ice cave!

Thanks for sticking with me this far. I’m finally going to get some sleep.