Saturday was a highly emotional day for me. Filled with complete joy and happiness.

As I’m hoping you’ve read in my previous post, I was in France for a wedding. It was very important for me to attend this wedding. Because this couple means a lot to me.

It was a rainy morning in Paris. We woke up late due to jet lag and our general love for sleep. We had to get ready in a haste in order to check out on time. Somehow we pulled it off and were wedding ready by noon. As I explained, Eliza ingeniously placed us directly across the street from the ceremony venue. We had a little time to kill before the ceremony was set to begin at the Mayor’s Office. So we grabbed a pizza at the cafe downstairs because we knew we had a long day ahead of us.

The invitation said to be at the Mayor’s Office at 1:30, so we headed over at about 1:15. We ended up circling the building in the rain because we couldn’t figure out where to enter. We saw some other folks dressed up doing the same, so Eliza ran to ask them if they were there for the wedding. Thankfully they were, and we ended up waiting in front of 2 large red gates in the front of the building. More people began congregating with us. And a facilities worker from inside reluctantly let us in from the rain. He was stressed. Eliza said he was saying he’s not security so technically he should not have let us in.

Over the next hour more and more people began to come in the foyer of the building. It was apparent we were all there for Karen and Thomas’ wedding. Pretty soon some people started approaching us and introducing themselves. Immediately they knew we were Karen’s American friends.

And then the bride and groom arrived. Karen has never looked more happy to me.

We headed upstairs to a room that resembled a courtroom. It was gorgeous. Very old world, elegant, and classic. Not to mention the room was adorned with giant old paintings. The judge came out and spoke for a while. The whole ceremony was in French (obviously) so Eliza translated at times for context. It was a non-religious ceremony so the judge essentially recited the French laws of marriage. They then exchanged “I do’s”, hugged, signed their marriage license and kissed. Just like that they were married.

We filled into the hallway where we were told to stand on the stairs for a group picture. Before I could head over, I was intercepted by a semi-familiar face. It was Karen’s dad! All these years, and this was my first time meeting him. His English was very good. He gave me the biggest hug. He thanked me wholeheartedly and profusely for mine and my family’s hospitality to Karen. I was fighting back tears. I could really feel his love. I don’t even have all the words to explain this experience. But it was like reconnecting with a long lost family member. It was a very beautiful moment.

We filed back down the the foyer after the group picture. And we waited outside for the newlyweds to make their debut before heading to the reception venue. By then the sun was shining and it had turned into quite a beautiful day.

Karen told us her bridesmaid, Valentine, who Eliza and I already knew from last year, would be the one driving us to the reception venue. We quickly ran to the hotel to grab our luggage and packed up the car and took off. The reception was about an hour outside of Paris in a town called Les Molières. The venue was actually a GORGEOUS farm turned bed and breakfast called La ferme d’armenon. 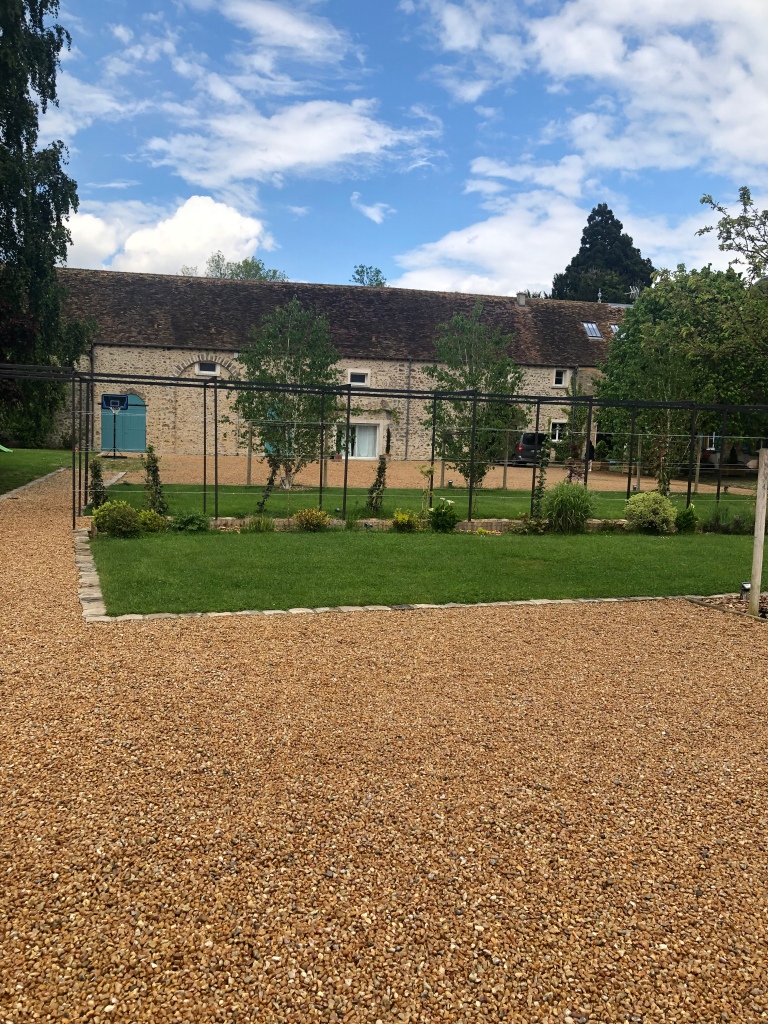 While we waited for the newlyweds to arrive from their photo op in Paris, we were introduced to more family. We met aunts, cousins, uncles and Karen’s grandma who reminded me a lot of my own. They all knew who I was because one of her aunts translated my blog post explaining why I was going France. They all found it so touching. And I was honored. Eliza also got to flex her French speaking with the family while trying to advert a wardrobe malfunction. Everyone was impressed. But she ended up having to change. What’s a wedding without a wardrobe malfunction?

When Karen and Thomas arrived they pulled up in an antique car. My dad would be surprised that I didn’t take note of the make and model. Anyway, it was so fitting for their entrance. In France they throw lavender on the newlyweds as opposed to rice. So we all greeted them with the lavender shower. 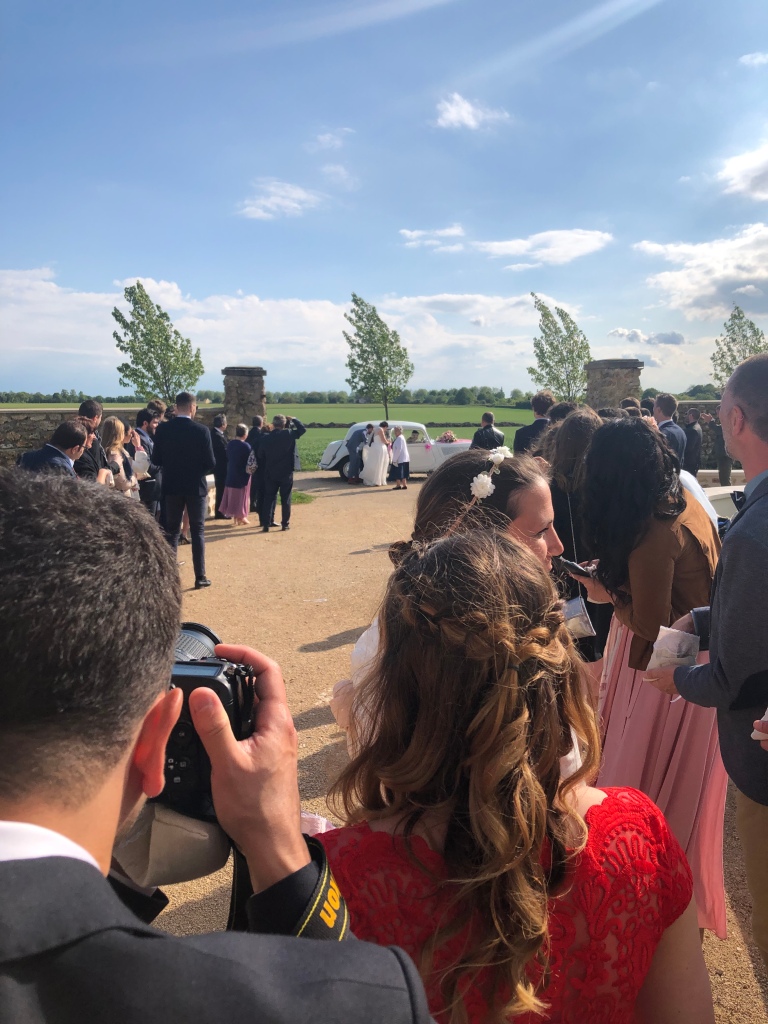 Right after that we were able to steal a couple moments with Karen. Eliza’s a make up artist (on the side) and Karen had asked her in advance to touch up her makeup for the reception. So just the three of us went in to the house and exchanged some laughs and briefly caught up. I was telling Karen how I met all her family and was hoping to meet Marc, who started this all. She told me he unfortunately is battling MS and was unable to attend the wedding. I still hope to meet him one day.

Eliza had her makeup done in a jiffy. They took some more pictures and we got to speak to Karen’s aunt who was formerly an English teacher. We had a really nice conversation about the benefits of exchanges. And the beauty of those relationships. Then it was time for the ceremony. This was a unique experience. All the guests congregated into a barn styled room. The bride and groom sat on a vintage couch under a wedding arch. Then each member of their bridal party gave a short speech. There were many happy tears. And even a couple musical performances. Of course all of this was in French and Eliza leaned over to translate things throughout the ceremony. Last but not least the bride and groom thanked everyone for their words and attendance. Karen gave Eliza and I a special shoutout in English. Even Eliza, who I don’t think I’ve ever seen cry in 17 years of friendship, shed a tear at Karen’s address to us.

Then it was party time. There was a cocktail hour with MANY food options. And of course more pictures. 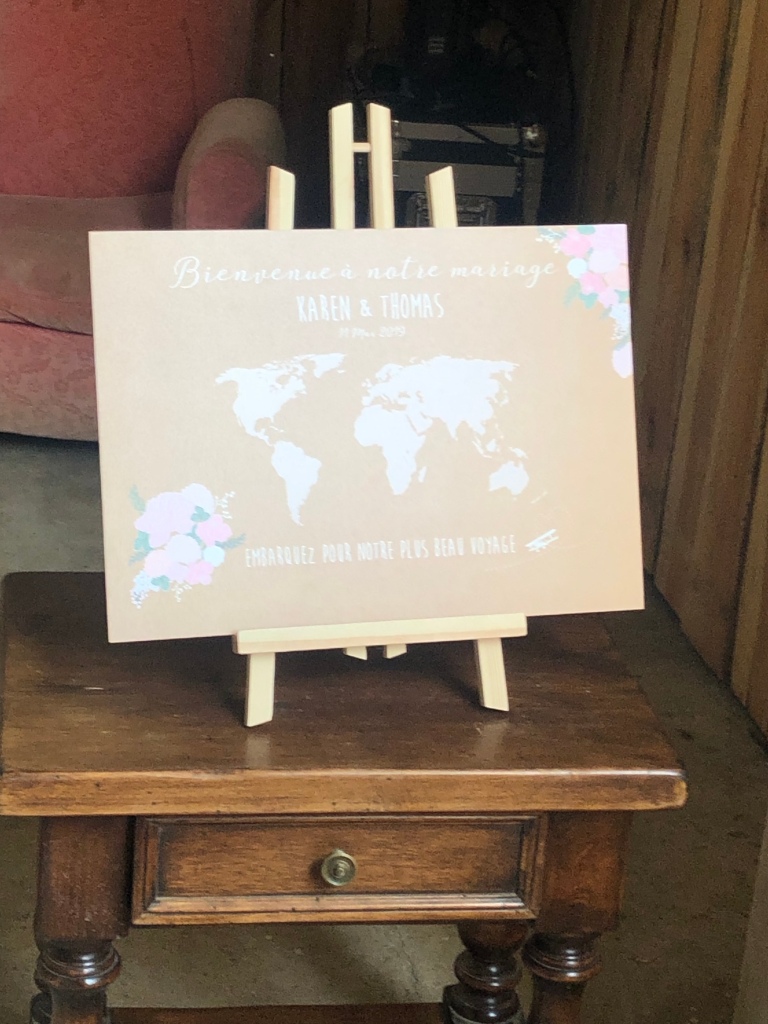 During cocktail hour we were approached by a young lady named Inès. She introduced herself as Karen’s cousin and asked if she could practice her English with us. Of course we were happy to oblige. She was only 16 but her English was EXCELLENT. My goodness she reminded me of myself at that age. It turns out we were seated at the same table. So we spoke to her and her younger sister quite extensively. We exchanged emails and I told her to contact me whenever she wants. And also that whenever she wants to come to the States, she’s more than welcome to stay with Eliza and I.

We had a lovely 3 course meal and then it was time to dance and mingle some more with the other guests. They played the shoe game and a music guessing game too. 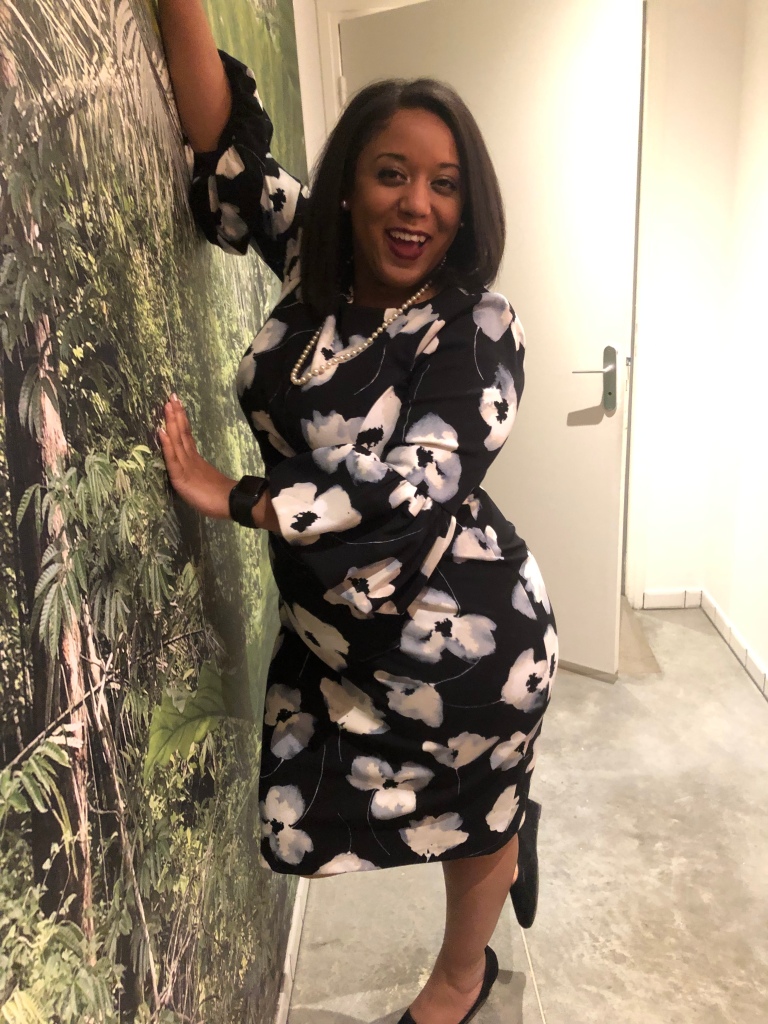 The party ended around 4:30 am. Yeah. The French go hard.

So that was it. We went to our hotel and rested a bit before heading back for the 12pm brunch later that day.