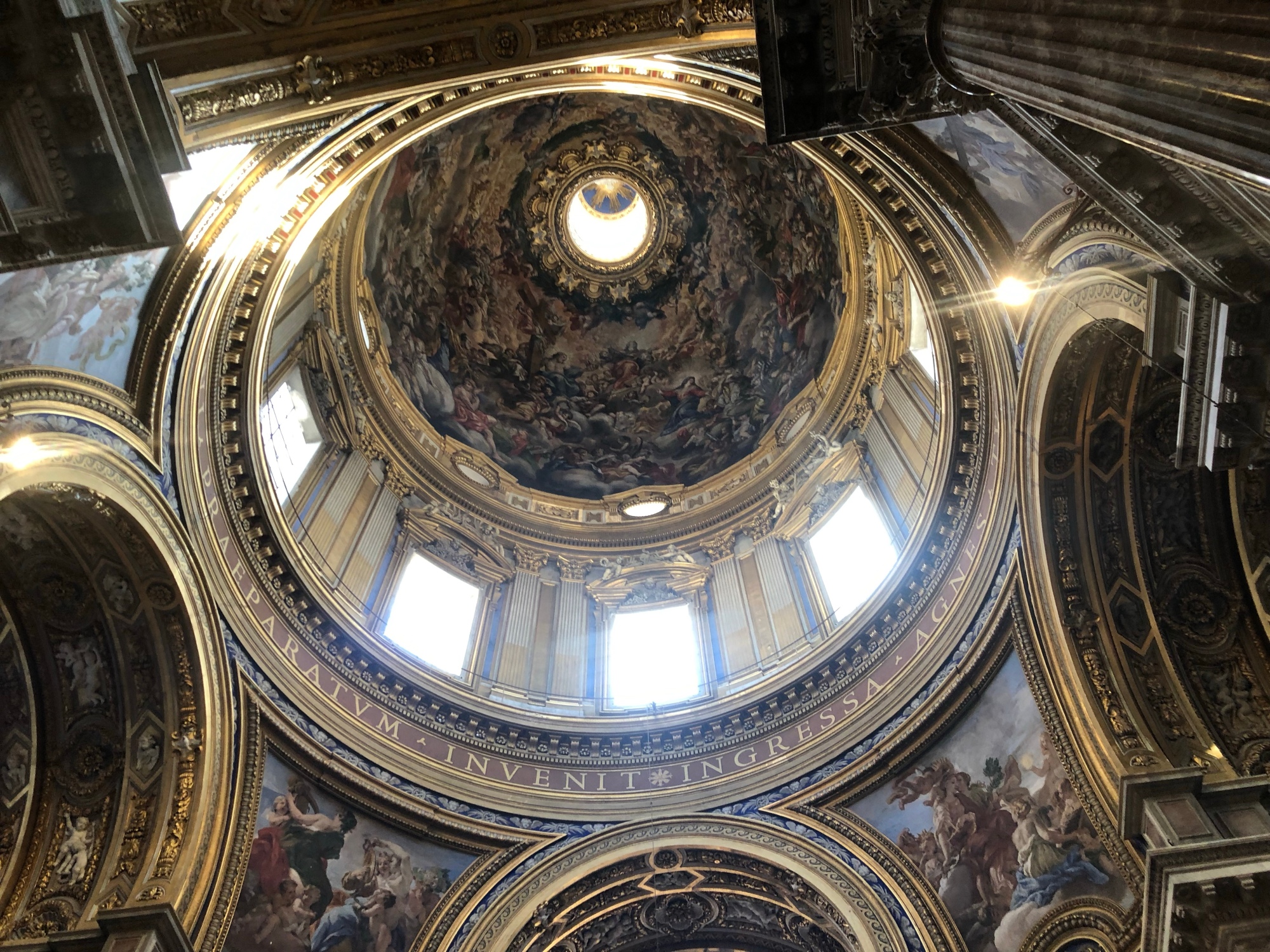 The last leg of my trip to Italy included a single day to explore the beautiful city of Rome.

Eliza and Jeremy’s wedding weekend concluded on Sunday morning, the last day of June. We had our last breakfast and checked out of the hotel.

I would highly recommend Il Rigo Agriturismo if you’re looking for an intimate and picturesque stay in Tuscany. I can totally see why they host many weddings there. This estate is gorgeous, and family owned and run. Everyone was so kind and helpful.

Many of the guests made plans to stay in Italy another few days to explore different parts of the country. Had I asked around, I would’ve included myself as a 5th wheel with Eliza’s parents and brother and sister in law, on their excursion to Florence.

Nonetheless, I did not ask around. So I planned to stay in Rome by myself just for a day. Though I wasn’t thrilled about being by myself, it was cheaper to fly back on Monday as opposed to Sunday evening.

After checkout, we made the drive back to the Rome airport to return the rental vans. We filled up the gas tanks right before hitting Rome and the total was a couple hundred Euros. Something to keep in mind if you’re considering van rentals.

After returning the vans, we all parted ways. Some were heading to train stations, others to flights, and some to car rental offices in order to head to another part of the country. Luckily the newlyweds and I were all heading into Rome. We took the train together into Roma Termini and briefly got to chat before parting ways. Them off to begin their week long honeymoon, and me to spend the rest of the day exploring Rome.

Did I mention I was tasked with bringing the wedding dress back home? Best friend/maid of honor duties I suppose.

I’d be remiss if I didn’t express to you all how hot it was! This trip was right in the middle of a historic heat wave for Europe. It was in the upper 90’s every day!

When planning for my stay in Rome, I wanted a hotel not too far from Roma Termini and not too far from major attractions. I selected Hotel Aberdeen. A quaint 3 star hotel that met my needs for a 1 night stay in the city. I paid about $66 for the night, which included a continental breakfast in the morning. It was about a 15-ish minute walk from Roma Termini. I checked in, dropped my bags in the room, changed into some cooler clothes, and mapped my route to Trevi Fountain.

Whenever I’m abroad, I ALWAYS subscribe to my phone carrier’s international plan. For AT&T it’s $10 per day for unlimited data, texts and calls. For me it’s just an added layer of safety. And since I typically travel for 5 day periods, the extra $50 on my bill isn’t too bad.

Anyway, I mentioned this to say I used Google Maps to guide me this entire day.

Trevi Fountain was only a 15 minute walk from my hotel. On the way I passed by some beautiful architecture and sculptures. And I was accosted by many African street vendors.

When it got there, it was super crowded. I should’ve anticipated that. But when you see it in movies, they always have it cleared for the scene.

I snapped a few photos and was on my way. It was far too hot and crowded to make a wish in the fountain. Next time.

Next I made my way to The Spanish Steps. Which was about a 10 minute walk from the fountain. I think I read somewhere that people aren’t allowed to take photos on the steps anymore. I didn’t bother anyway. Again, it was super crowded and hot. Being alone I was a little anxious. So I thought it best to move on after taking in the view.

I kept walking by these amazing monuments. I snapped photos of all the ones I liked. The details were just incredible.

After the Spanish Steps, I really didn’t have anything else that I was dying to see. Except for Vatican City and St. Peter’s Basilica. Which of course of all days was closed during my one day in Rome. From that point on I just wandered the city a bit.

I didn’t have any rhyme or reason to where I was going. So I inadvertently ended up on Via Condotti. Which is like Rome’s 5th Avenue. I did a little window shopping in order to enjoy the air conditioning blasting from the front doors.

I walked by some lively street performers, and eventually found myself at Pantheon. I wish I could’ve gone inside, but I got there too late. They close around 13:00.

I wandered a bit more, and found myself following crowds of tourists groups. Eventually I was at Piazza Navona. This was a huge plaza surrounded by restaurants and hotels. I was immediately drawn to the gigantic fountain in the middle.

It was so beautiful.

I noticed many tourists going into a building in the plaza. Turns out it was a church. Sant’Agnese in Agone to be exact. Immediately when you walk in there are signs asking you not to take pictures. I’m sorry, but I had to. It was breathtaking inside. And as you can see from the photo, I wasn’t the only rule breaker.

After leaving I realized that I wanted to see the Colosseum. I knew I wouldn’t be able to go inside because you need a ticket. But at the very least I could take pictures of the outside. I checked Google Maps and it was about a 20 minute walk. But I saw that my battery was pretty low. I had enough juice to get me there, but there was a very high chance it would die before I could get back to the hotel. So I decided to head back to the hotel and save the Colosseum for my next time in Rome.

On the way back to the hotel, the map took me by one of the most beautiful buildings I’ve ever seen in my life, Altare della Patria or Alter of the Fatherland. Honestly the photo doesn’t do it justice. I found myself there for quite some time marveling in its beauty.

Finally, I passed by some ancient Roman ruins. Before getting on the main road back to my hotel. I was hot, tired, thirsty and hungry.

Once back on my hotel’s street, I stopped at a restaurant with outdoor seating for dinner. It was called Feel Good. I should’ve ordered pasta, but they had a dinner special for steak. It was tender and delicious but not pretty enough to take a picture of. The waiter spoke English, no surprise. He asked where I was from, I replied, “United States”. To which he rebutdtaled,”Obviously. What part?” “Connecticut” I said, knowing he’s probably never heard of it. He hadn’t. So I had to explain its right in between Boston and New York.

It was just starting to get dark. Before calling it a night, I was determined to get some gelato. Luckily there were plenty of shops nearby. I decided on Verde Pistacchio. I got some yogurt and mango flavored gelato which I devoured on my way back to the hotel for the night.

So that was my day in Rome. It was eventful and beautiful. One more full day in the city would’ve been perfect. There were a handful of things I’ll have to do on my next trip there. Whenever that is.

My flight was around noon the next day. Thankfully I didn’t miss my connecting flight, and made it back to NY on time.

One thought on “1 Day in Rome”